A river port on the Yangtze where it debouches from the gorges, between Hankow and Chungking. Opened to trade in accordance with the Chefoo Convention of 1876. Post established 1877 but local opposition prevented the demarcation of a concession area and forced successive consuls to live and work on three junks moored on the river, and later in four sheds built to store cotton. One consul in the 1880s, Gardner, built himself a boat, at his own expense, and moved his residence and office into it. No land was acquired until 1890, when one acre, called Lot 13, in a good area and away from local dwellings was taken on perpetual lease. A two-storey consular residence with office was completed on this site in 1892. An additional acre immediately to the north-east was bought in 1905 for separate offices and constable’s quarters, which were built soon afterwards. The offices were destroyed by fire in January 1918 and new free-standing single-storey offices were completed by 1921. A small extra strip of land was bought in 1919. The address was Huai Yuan Road.

From 1938 to 1940 the consulate was let to Jardine Matheson & Co, succeeded by Japanese occupation, leaving, in 1945, the offices and servants quarters totally destroyed, the consul’s house slightly damaged and the compound generally looted. Post closed [?when], and Chinese military authority took up occupation in 1948. Ownership allowed to lapse in 1960s. [decided to retain 1967]. It is now a restaurant [according to a recent report on the net]. 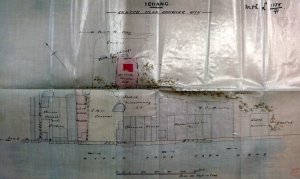 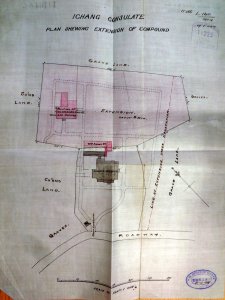 Site plan of consulate and extension at rear for offices and constable, 1904. 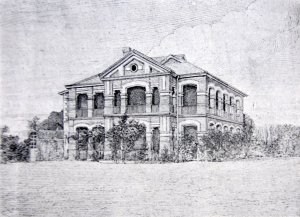 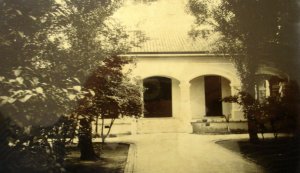 River port on the Yangtze, at its confluence with the Han river. Designated a treaty port by the Treaty of Tientsin 1858. Post established in 1860 and a concession area granted to Parkes in 1861 on the north bank of the Yangtze, immediately to the north of the native city. This grant entailed the eviction, with compensation, of 7,000 Chinese. The consulate site of four acres was on the bund at the northern end of the concession area, adjacent to the Russian concession: it originally comprised Lots 75-79, later re-numbered as Lot 16. The first buildings constructed in the concession area in 1864, including the consul’s house, were so regularly and deeply flooded that the ground level had to be raised all along the bund and the buildings re-built in 1882-3 at a higher level. This successfully secured them against a river whose level could rise by as much as fifty feet. The consulate buildings comprised a two storey consul’s residence, offices and constable’s quarters and gaol. Assistant’s quarters were built in 1903, and the offices enlarged in 1904. Some land was ceded for road-widening in 1916 and a vice-consul’s house was built in the compound in 1921. Hankow was one of the most successful treaty ports and in 1897 the British concession was doubled in size. Chinese nationalists took control of the concession in January 1927, and the concession formally surrendered in February 1927. In 1927 the British war memorial was moved from the waterfront into the compound to prevent further desecration.

On rendition of the Concession in 1931, the consulate title became a perpetual leasehold: the address by then was 2 Tientsin Road, The buildings were twice seriously damaged by bombs during the war, in July 1942 and July 1944, and partially rebuilt afterwards. The British ambassador spent a month or so at Hankow in late 1941 while following the government from Shanghai to Chungking. The post was closed in 1951, and successions of tenants occupied different parts of the compound until the property was sold in 1964 [?]. 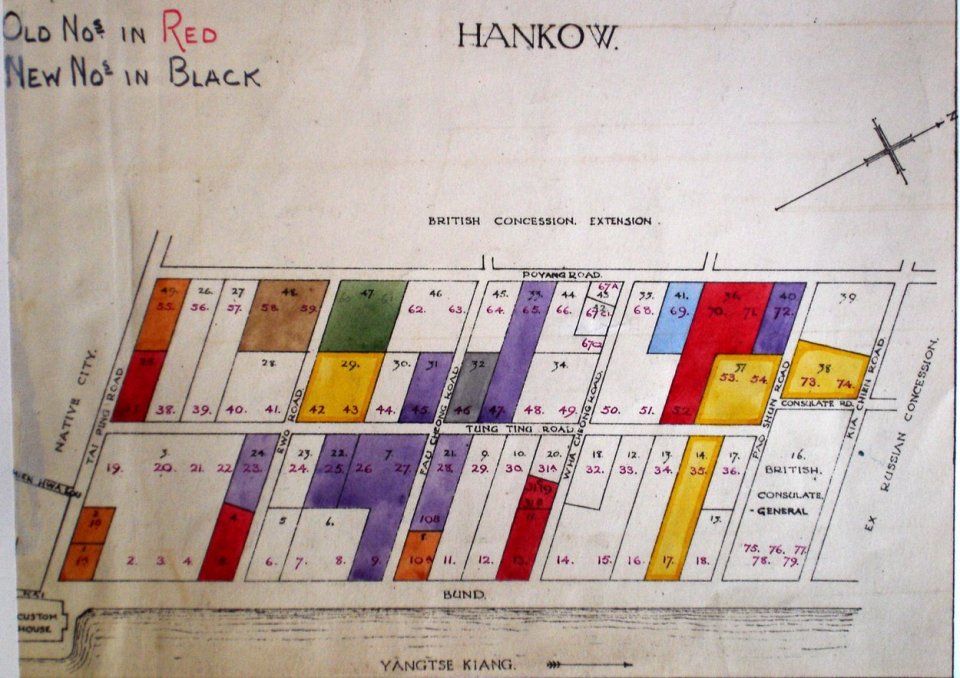 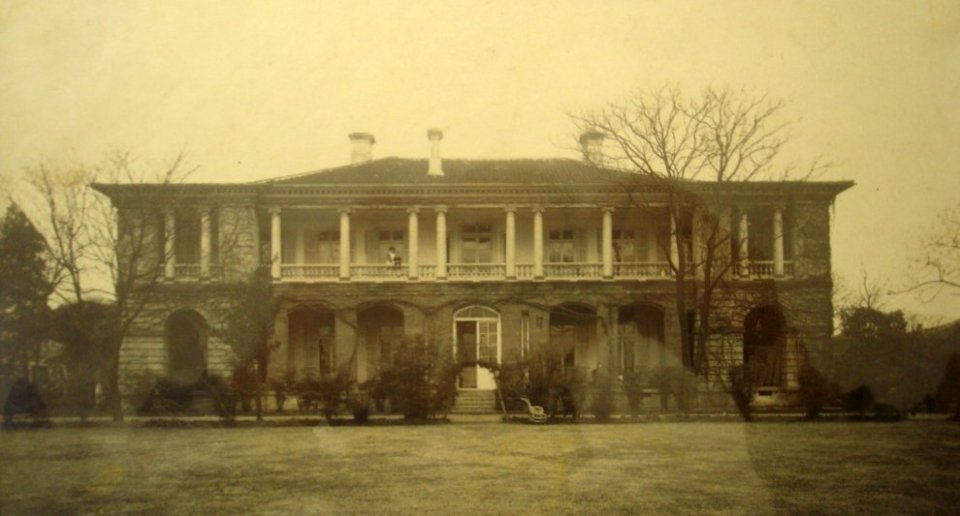 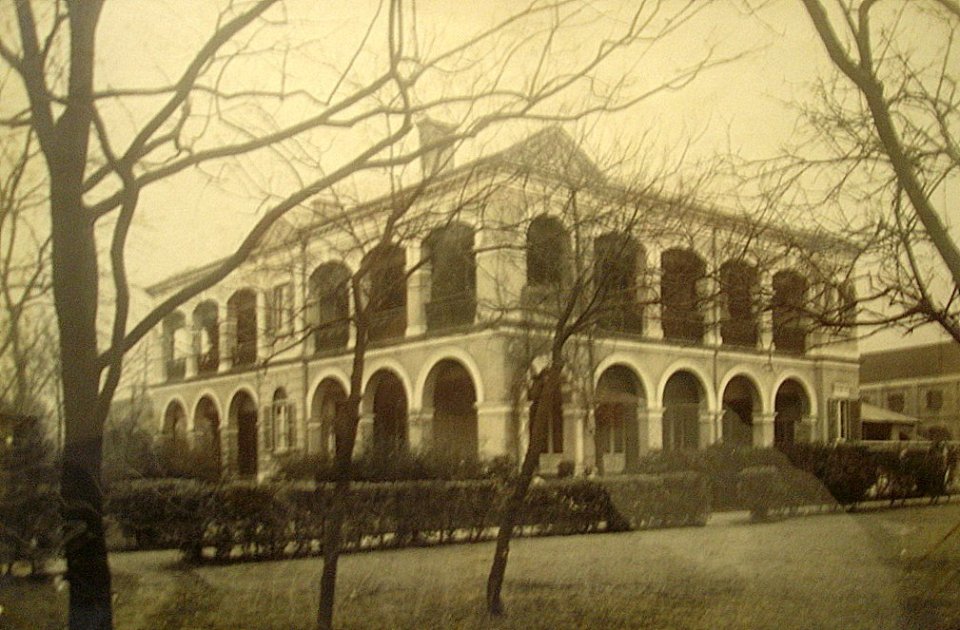 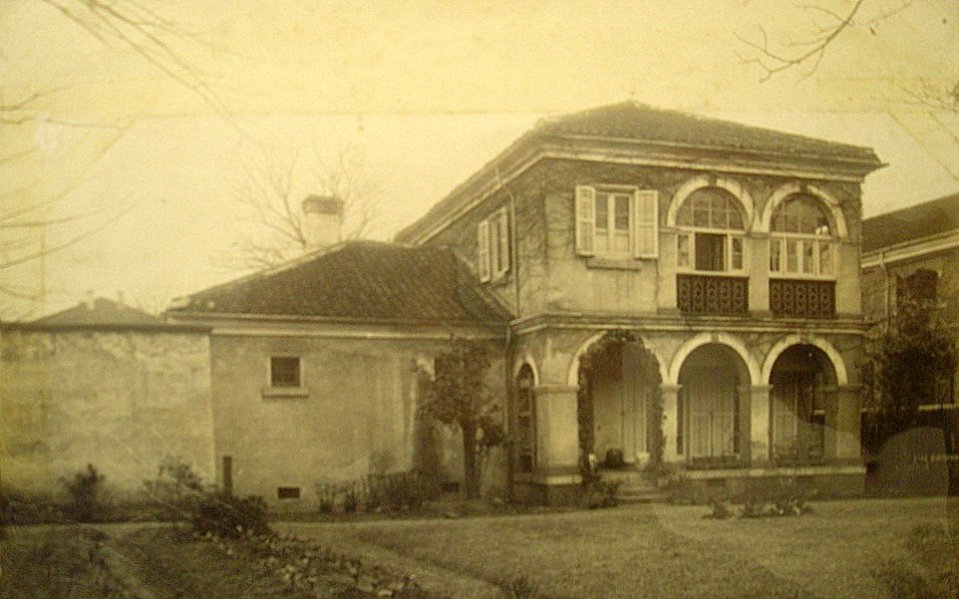 Town on the Yangtze, about [check] 100 miles downstream of Ichang. At the opening of the port in 1896, under the Japanese Treaty, a post was established but the consul could find no suitable accommodation to rent and so lived on a junk. The Post was suspended in 1901.