Offices were leased from at least 1961 at Calle Gonzalez Suares 111 and also, from somewhat later, at 197 less than 100 metres away on the same street. This inconvenient arrangement lasted well into the 1990s, despite the purchase in 1988, and subsequent sale, of a site on which to build new offices at Avenida Diego de Almagro  for £113,000.

Moving offices had to await the advent in Quito of larger commercial office accommodation, built to acceptable standards of seismic resistance, becoming available to lease. That requirement also coincided with European and Commonwealth interest in exploring the possibilities for co-location of their missions in some cities. Quito was chosen by the British and the Germans as a co-location project. The first proposal, around  ?1995, was to lease floors 9-13 of the newly built Plaza 2000 building, and put British offices on the top two floors, German offices on the bottom two, with the middle floor accommodating the shared reception, conference facilities, consular/visa areas and common services. [What happened next?] 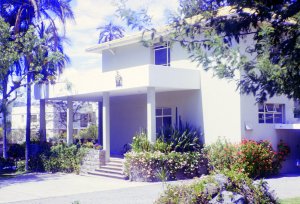 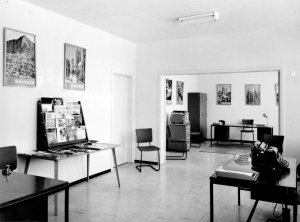